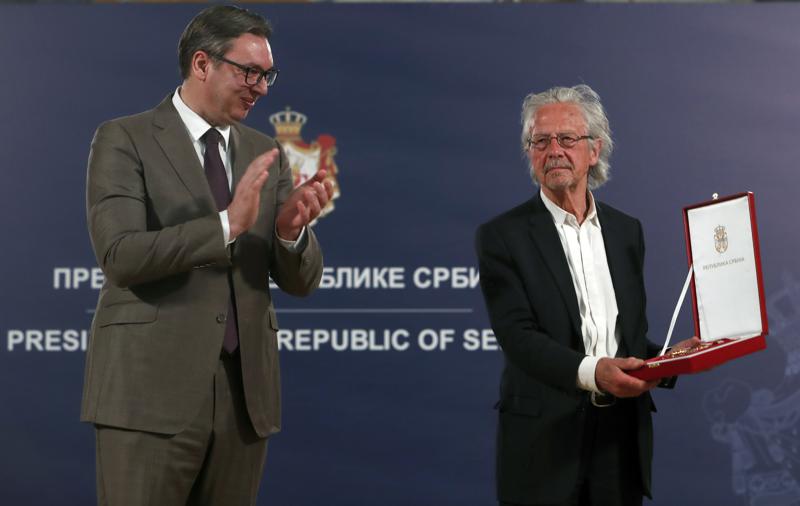 BELGRADE, Serbia (AP) — Serbia on Sunday honored 2019 Nobel Literature Prize winner Peter Handke, who is known for his apologist views over Serbia’s nationalist policies and Serb war crimes during the 1990s wars in the Balkans.

The Austrian novelist and screenwriter received a state decoration from Serbia President Aleksandar Vucic, a former ultranationalist who now says he wants his country to join the European Union. On Friday, Handke also received honors from Bosnian Serbs.

“Thank you for everything you have done for Serbia,” Vucic said. “Serbia is showing gratitude to its . . .