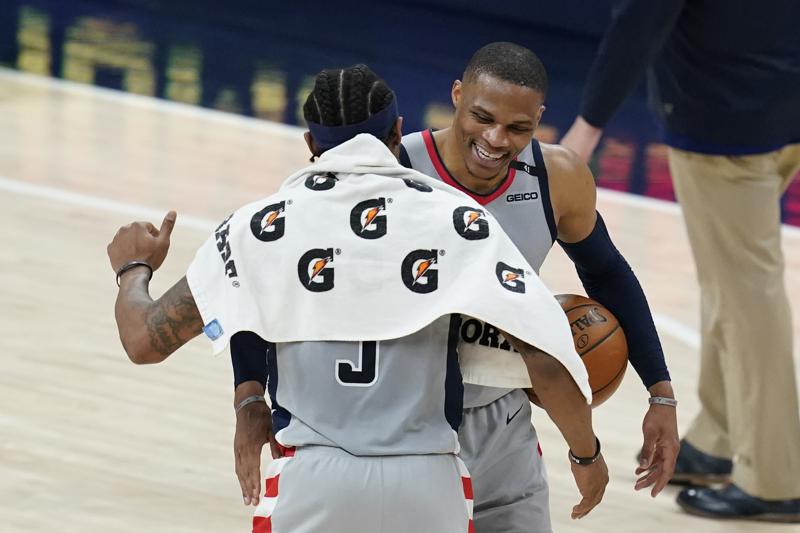 INDIANAPOLIS (AP) — When the final buzzer sounded Saturday night, Russell Westbrook grabbed the ball, jogged to the baseline and waved to the crowd. A few moments after joining Oscar Robertson as the NBA’s career triple-doubles leader with 181, he celebrated the milestone with his teammates and his opponents.

It was quite a show.

Westbrook finished with 33 points, 19 rebounds and 15 assists, and made two free throws with a second left to give Washington a 133-132 overtime victory over Indiana. Heck, he even blocked the Pacers’ final . . .