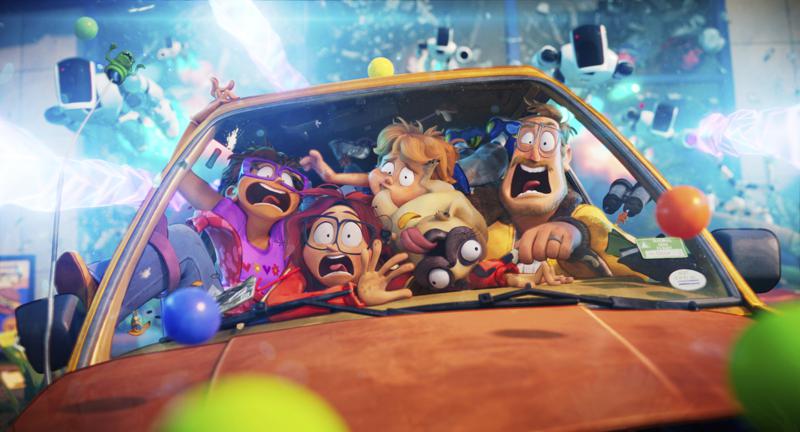 Easily the most heartfelt movie about family life that also includes a robot apocalypse and a pug often mistaken for a loaf of bread, “The Mitchells vs. the Machines” is an antic, irreverent animated delight that somehow doesn’t sacrifice depth even as it hurtles forward at breakneck comic speed.

Director Mike Rianda’s film, produced by Phil Lord and Chris Miller, shares much of the DNA of Lord and Miller’s other cartoon adventures (“The Lego Movie,” “Spider-Man: Into the Spider-Verse”) in its ability to remake movie cliches with madcap irreverence, youthful zeal and a . . .