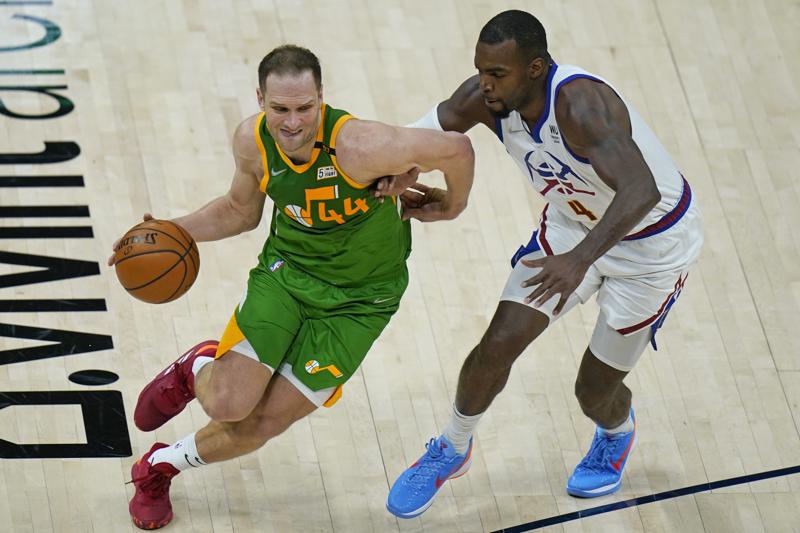 SALT LAKE CITY (AP) — Bojan Bogdanovic is flourishing in a larger offensive role. His renewed confidence in his shot is opening the door for Bogdanovic to take over games by scoring at will.

Bogdanovic scored a career-high 48 points to rally the Utah Jazz past the Denver Nuggets 127-120 on Friday night. Nothing the Nuggets did against him defensively mattered. He attacked the rim and rained down outside shots in equal measure.

Bogdanovic went 16 of 23 from the field — making a career-high eight 3-pointers — to lead the NBA-leading Jazz to their fourth straight victory. He also . . .