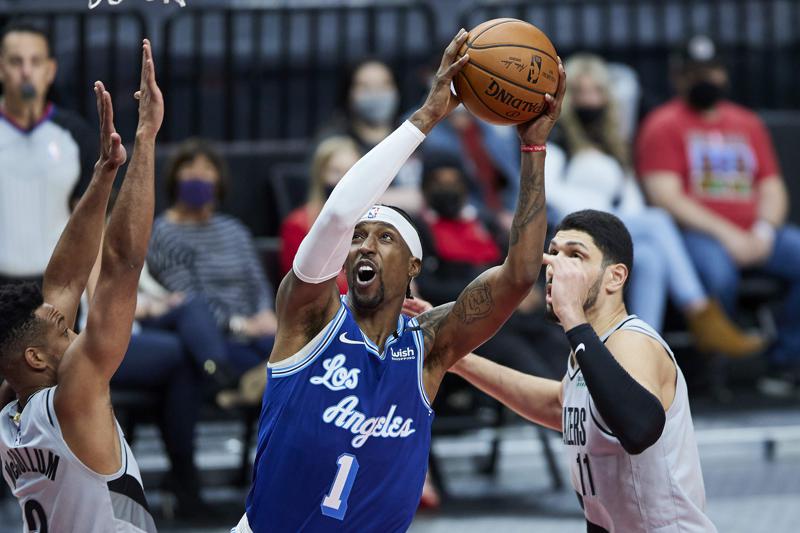 PORTLAND, Ore. (AP) — Damian Lillard had 38 points to lead Portland to a 106-101 victory over the Los Angeles Lakers on Friday night that gave the Trail Blazers the tiebreaker over their Western Conference foe as the regular season winds to a close.

Lillard had five 3-pointers for the Blazers, who were back at home after going 5-1 on a six-game trip. They were welcomed back to Portland with fans allowed at the Moda Center for the first time this season.

Anthony Davis had 36 points and 12 rebounds for the Lakers, who were without LeBron James for . . .