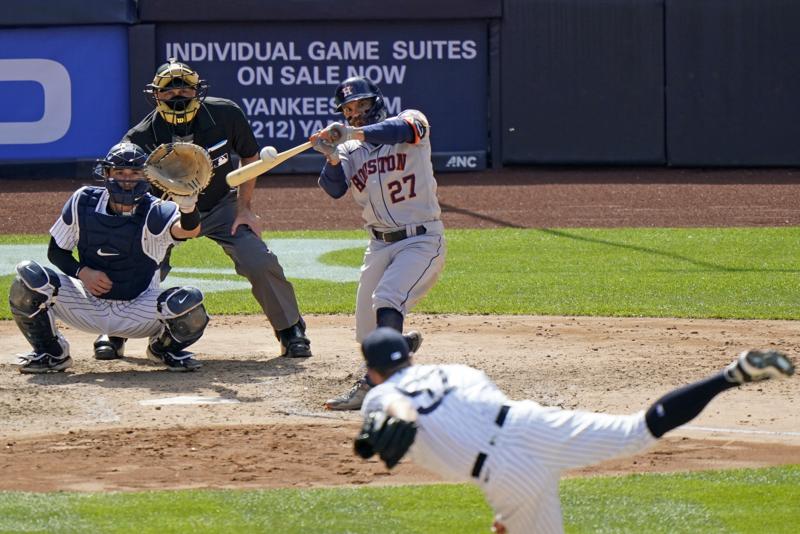 NEW YORK (AP) — José Altuve responded to jeering fans by marking his 31st birthday with a go-ahead, three-run homer off Chad Green in the eighth inning, and the Houston Astros beat the New York Yankees 7-4 Thursday to avoid a three-game sweep.

Gleyber Torres made an incredible, daring dash for the Yankees, scoring from first base on an infield single, but New York’s five-game winning streak ended.

Yordan Álvarez hit a pair of solo homers off Gerrit Cole, who turned a 3-2 lead over to Green (0-3) starting the eighth. After Torres pulled the Yankees within a run in the bottom half, Martín Maldonado hit . . .