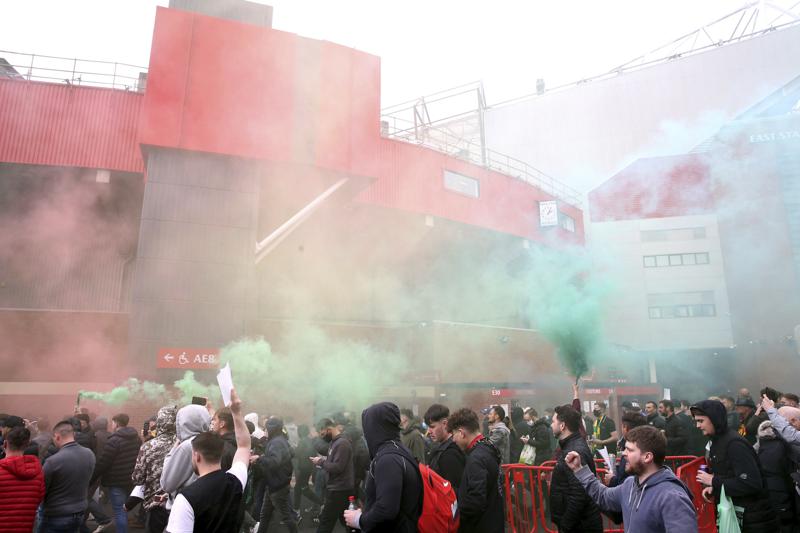 MANCHESTER, England (AP) — Manchester United supporters stormed into the stadium and onto the pitch ahead of Sunday’s game against Liverpool as fans gathered outside Old Trafford to protest against the ownership.

Long-running anger against the club’s owners, the Glazer family, has boiled over after they were part of the failed attempt to take United into a European Super League as well as the club’s debt.

Media trying to enter the club’s car park were . . .